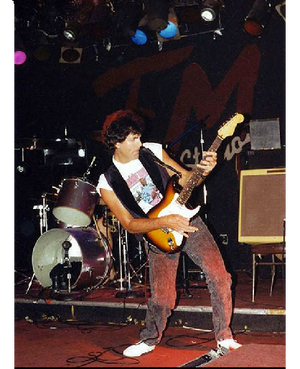 Dan is an Electric guitarist who has recorded with Nashville drummer Craig Krampf.   Among other Artist he has worked with include, Kathleen Siskron, Ian Whitcomb, Rod Stewart, Tommy Roe, Wayne Newton, Sonny and Cher, Glen Campbell, Peter Fonda and scores of others.

Deniel  has shared the stage with Spencer Davis, John Bonham, Eddy Cochran and  the Everly Brothers.   He worked on the Soundtracks of “Kickin It Old Skool” with Jaime Kennedy, and the Travesty Production of “Radio Rock Revolution” which was narrated by Danny Bonaduce.   As a songwriter he is known for his work on the song “Makes No Difference” recorded by Steve Perry.